John Alec Baker is widely regarded as one of the greatest English writers on natural history in the twentieth century, based on his two published books, The Peregrine in 1967 and The Hill of Summer in 1969.

Lavish praise for his works comes from poets such as the former Poet Laureate Sir Andrew Motion and Kathleen Jamie; travel and nature writers, such as Robert Macfarlane, and ornithologists such as Mark Cocker, Tim Dee and John Fanshawe. His greatness is based on his use of English and his detailed observations of wild life, especially birds and, in particular, The Peregrine.

Baker’s amazing use of the English language to paint vivid pictures of nature in Essex woods, ploughed fields and mudflats is remarkable:

“The wind shred banner of the autumn light spanned the green headland between the two estuaries.”
October 30th, 1st sentence

And his description of bird behaviour unique:

However, it is his apparent use of poetic licence and descriptions of the peregrines’ behaviour which has provoked discussion among ornithologists. An example is Baker’s observations of peregrines hovering (eg November 4th), as this action is more closely associated with kestrels than peregrines.

As was noted by Kenneth Allsop in a very early review, The Peregrine is both science and poetry (The Evening News, March 23rd 1967). The challenge for readers, especially ornithologists, is distinguishing between the two.

J. A. Baker was a member of the Essex Birdwatching Society and soon after the publication of The Peregrine was asked to write a short paper on his observations for its definitive Annual Review. The editor decided not to have a review of the book, perhaps reflecting the uncertainty over its veracity. In his short paper, The Peregrine in Essex 1955 – 1965, Baker repeats many of the observations put forward in the book, such as the 619 kills, which was regarded as unrealistically high by many Essex bird watchers. The fact that he was prepared to put this in the paper indicates that, whatever others thought, he believed it to be accurate.

After going out of print, The Peregrine was republished in 1984 and again in 2005, with both books being published by Collins in a combined volume, with extracts from Baker’s diaries, in 2010 and reissued in 2015. These editions also include extensive biographical information about Baker by Mark Cocker and John Fanshawe.

The best analysis of the use of English by Baker comes in chapter 5, Hunting Life, of Robert Macfarlane’s book Landmarks (Hamish Hamilton, 2015). Another recommended book is Out of Essex by James Canton of the University of Essex (Signal Books, Oxford, 2013). In this examination of Essex authors (and there are more than you might think!) Chapter 1 deals with the life, work and countryside of J. A. Baker.

While The Peregrine is based around a single species, The Hill of Summer, first published in 1969, takes a much wider look at different types of countryside from April to October. It thus covers the months when Baker did not see The Peregrine. Where The Peregrine is filled with the tension and drama of a hunting bird, The Hill of Summer is more subtle and subdued. Its pages range over 12 different landscapes from Woods and Fields in April to The Hill in September. In between, Baker poetically describes the natural history to be found and experienced in other locations such the sea and the moor, the river and experiences such as a storm and midsummer itself. The language used by Baker is more restrained but retains his unique poetic style, with a masterful use of English. Through this you, the reader, share Baker’s experiences as he seeks to express in words what he sees in the English countryside at unspecified locations.

The Collins edition of 2011 also includes extracts from Baker’s diaries over the period 1954 to 1961, edited by John Fanshawe. These give a fascinating insight into Baker’s field observations and the notes that formed the basis for his books, especially The Peregrine. The edition concludes with an essay written by Baker for the RSPB Birds magazine in 1971. This is entitled On the Essex Coast and attacks the suggestions that a new London airport should be built at Foulness, later renamed Maplin Sands. He expresses his concern about the damage that would be done to the Dengie coast and its wildlife. It is noteworthy that a similar proposal for an offshore airport was put forward by Boris Johnson, when Mayor of London. Time moves on, but many issues remain unchanged!

Given the greatness of J A Baker’s writing it’s not surprising that his works have been translated into several other languages, including Hebrew. 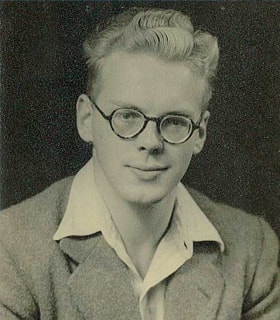